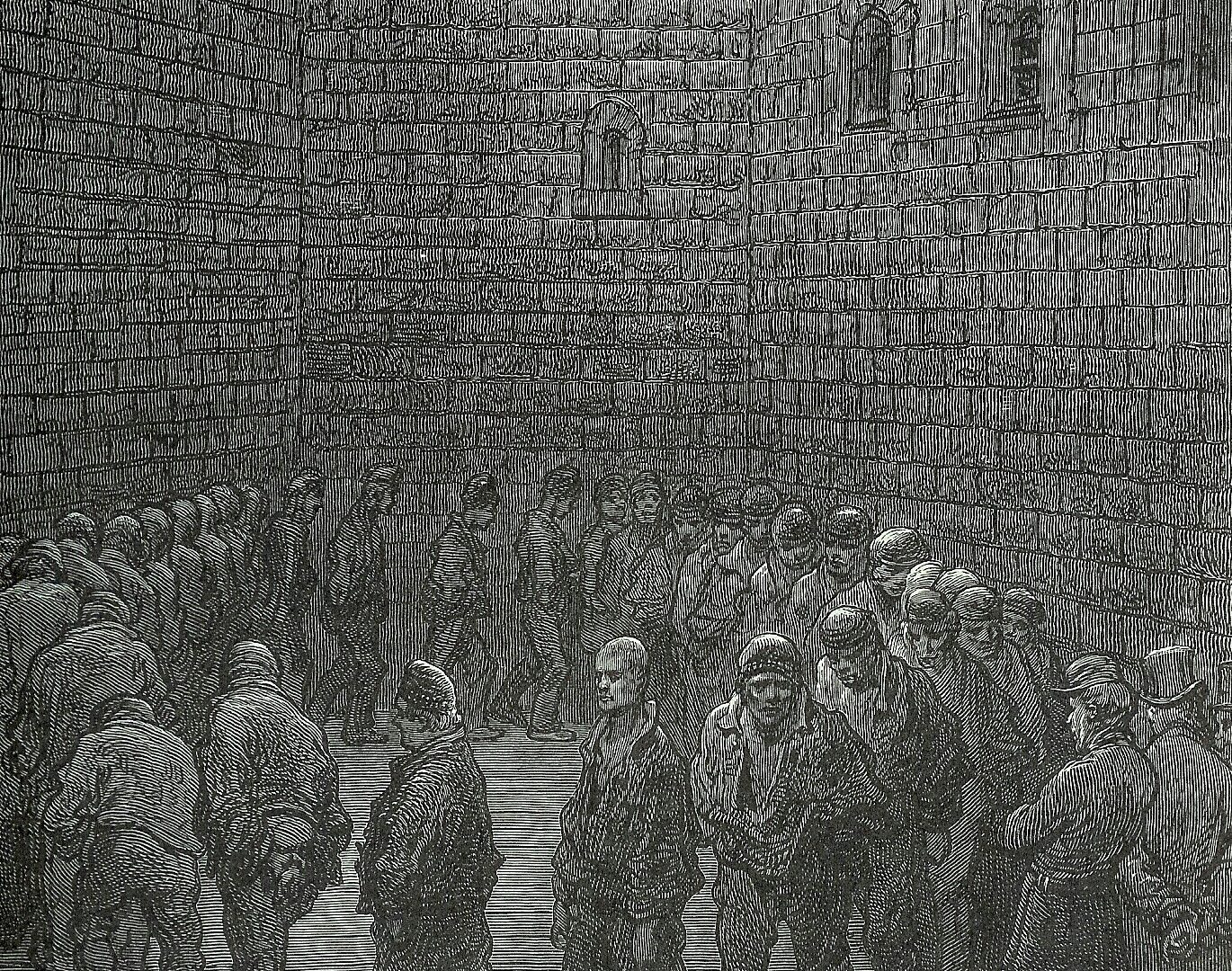 That day was different.

Which was in itself unusual because in here every day is the same. Or was.

Every day we’d leave our grey cells. Walk the grey corridors and descend the grey stairs. Passing other groups, grey as ourselves, returning, we’d trudge our way to the yard.
There, below the towering grey walls that seemed to lean inwards to block as much light add possible, we’d exercise.

Round in a circle squared by those walls we’d walk. Stepping Ion the heels of the poor soul in front – the same poor soul every day – and stumbling as the idiot behind stepped on mine.

But that day was different because there was a new fella in our group.

Of course, fellas came and went. Not often, but often enough. That didn’t change things, though. That wasn’t different. The routine was the same. The grey the same.

This new fella was a strange one, though. Dutch, they said, though I know of no one who actually spoke to him. Quite mad, they said, and you didn’t need to speak to him to know that.

That first day, though, he didn’t seem so much mad as alight. His face seemed to glow, and with it he brought colour.

The walls of the yard, no less high, no less tilted were hues of green and blue where once there had only been greys of differing darkness.

That day was different because of hope.

They say he called this his hospital. Like the rest of us he was ‘innocent’ of any crime, but he refused to believe that this was a prison. He also refused to believe he was in London, but how people knew I know not as I never saw anyone speak with him other than the three guards who watched over us when they barked the return to our cells.

On those days that he shone, the new fella seemed lucid, a life in his eyes. Those days the colour was in our lives. Other days he was lost, and the colour of the yard with it.

Until that day all had been grey. After that day there was the chance of colour. And that was different.

He left us 5 months later, but I still see him in the yard sometimes. I know he’s not with us any more, but he has given us the chance that there may be colour again.

That day was different, and every day since.

In 2019, Kate and I visited an exhibition of Van Gogh paintings connected with his time in London.

We were both struck by his painting ‘Prisoners Exercising’ and the fact that is was actually a direct copy of an earlier work by Gustave Doré.

In late 2020, Kate and I were discussing the paintings in relation to some creative writing she was working on and I had the idea of one of the prisoners’ life being affected by Van Gogh having brought colour to the painting.

This is what I wrote from that idea.

Skip back to main navigation